Invisible places from the future and the past.

This image was commissioned for a magazine article about inflammation. The idea for the piece was a pattern of abstracted cell shapes surrounding a helpless floating figure that also contained some of these cell shapes.

I sketched out a couple of options for the client to choose from. The first was a hand rather than a figure. The inflammation was also concentrated in one part of the hand as if stemming from an injury. The client felt the figure better fit the story and wanted the cell pattern to be within the figure.

I first painted the silhouette of the figure using white gouache on craft paper.

Then I used a variety of media to create some abstract cell shapes. 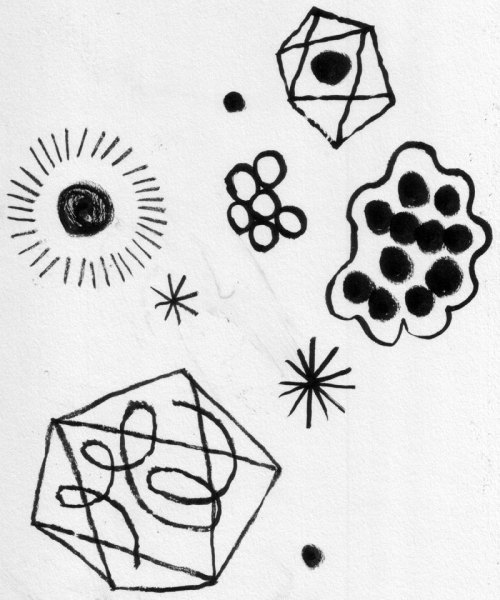 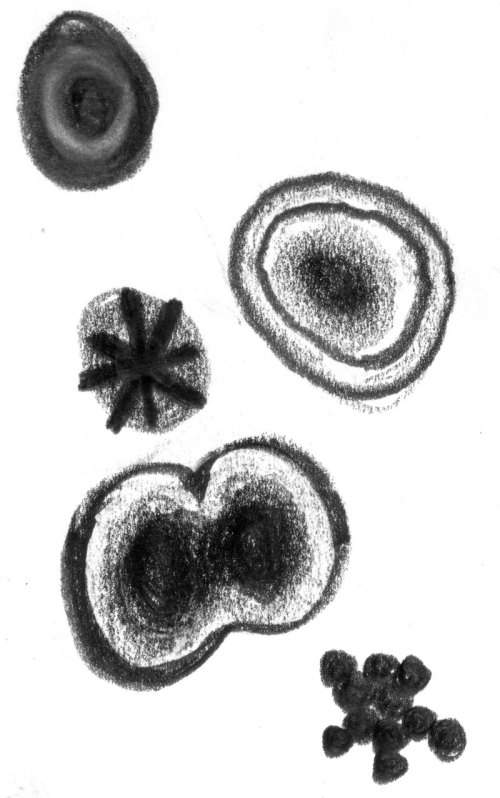 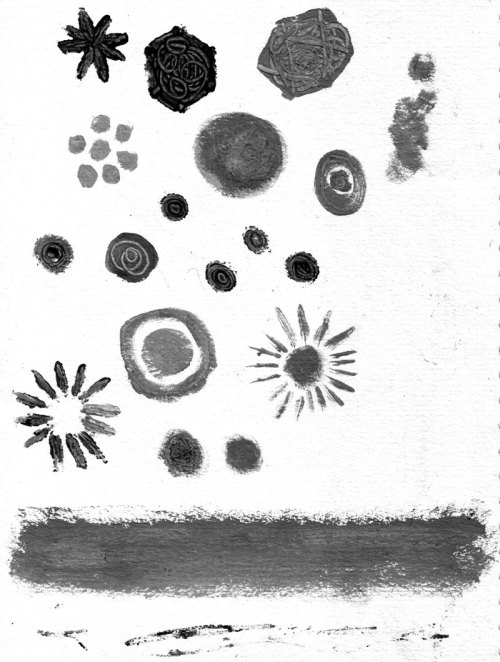 Using a Pentel brush pen, I created some line work for the head of the figure. 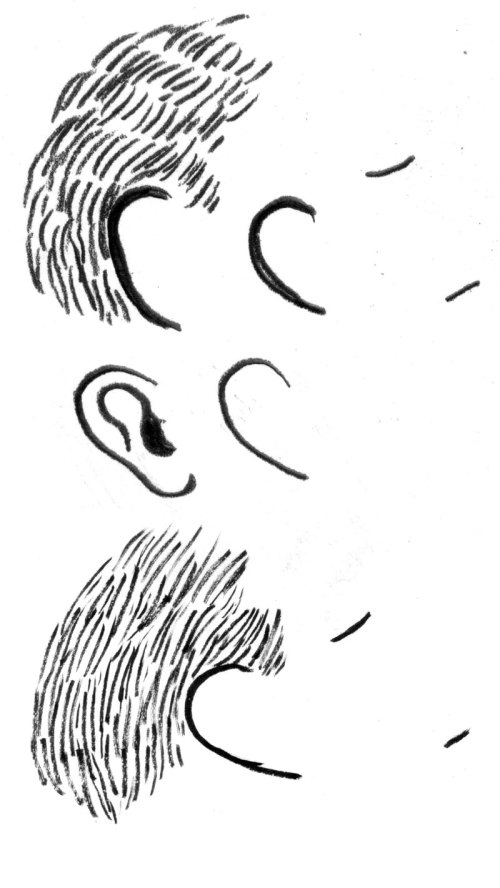 I used graphite on rough paper to create a shadow to insert within the figure, darkening its edges. I also made a hand and a foot along with additional shading marks. 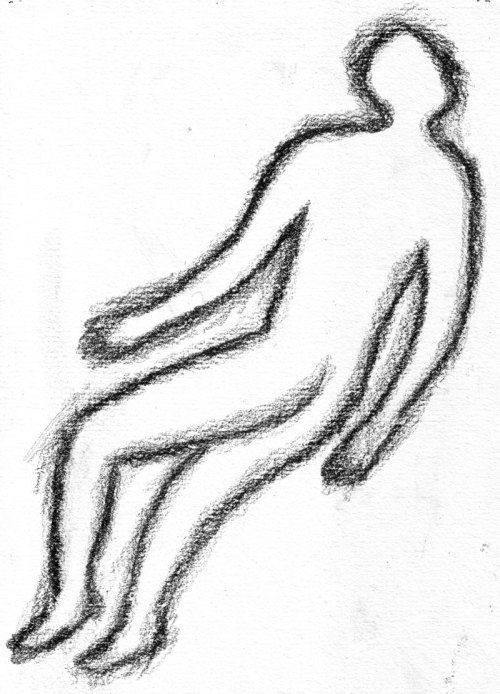 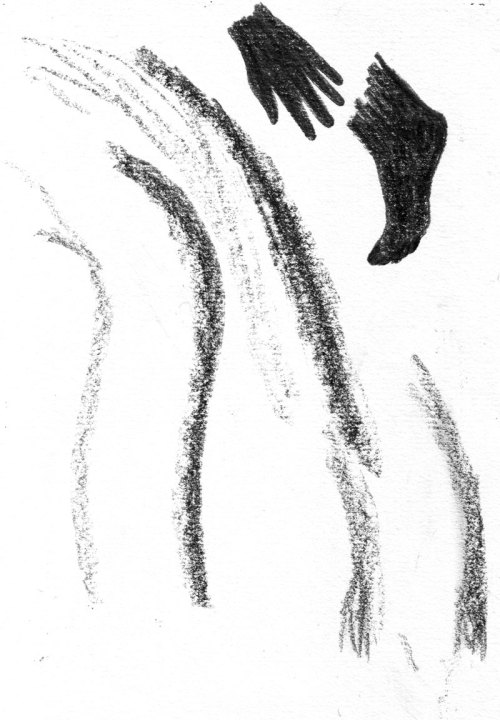 I had originally sketched the figure as upside down but the client wanted the figure to be right-side up. I widened the pattern out a bit to better fit the format and then placed this sketch into Photoshop to use as a guide for the art.

To start the image, I used a number of textures to build up a dark blue background. 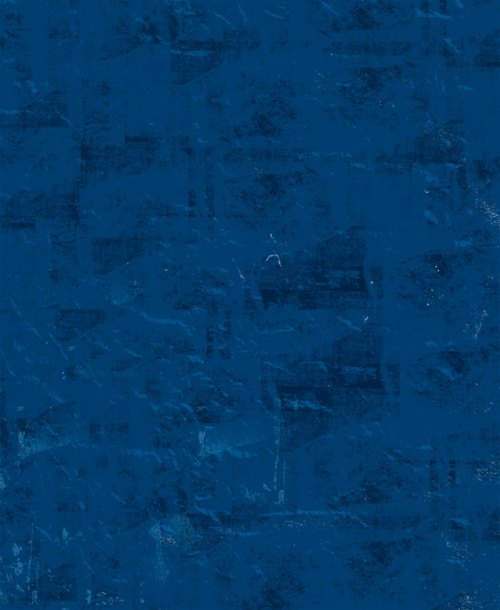 I then arranged the individual cell shapes into a pattern leaving a space for the figure, and colorized the cell shapes using a blue palette that was brighter, cooler, and more saturated than the background blues. 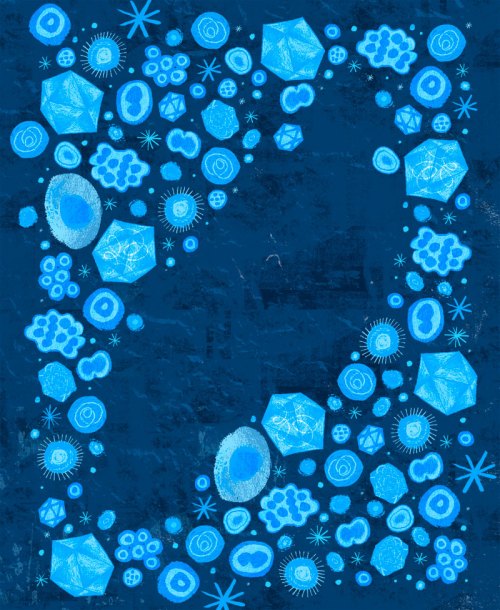 Next I placed the figure silhouette in the open area and colorized it with one light value and one medium value cool pink.

I then added line work and shading to the figure and created a pattern of cell shapes within it using a darker pink and red palette.

And here again is the final cropped image. Prints of this image are available for purchase at folkydoke.com. 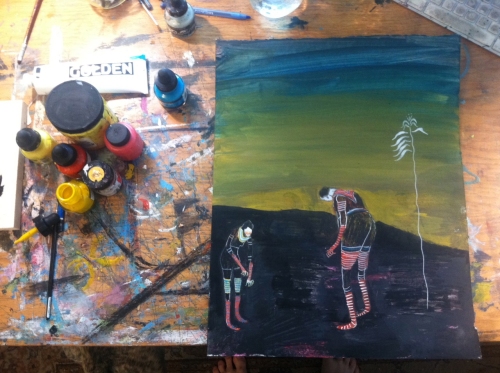 Below are the various stages I went through to create this painting.  This one and many others by myself (Ryan Peltier) and james O’Brien are on display and for sale at Nina’s 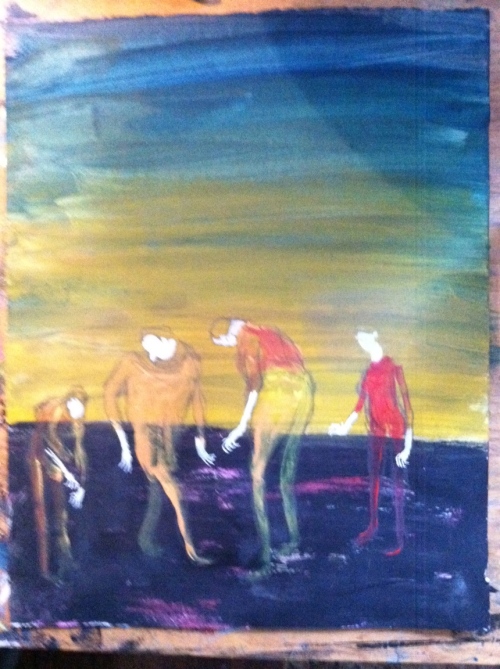 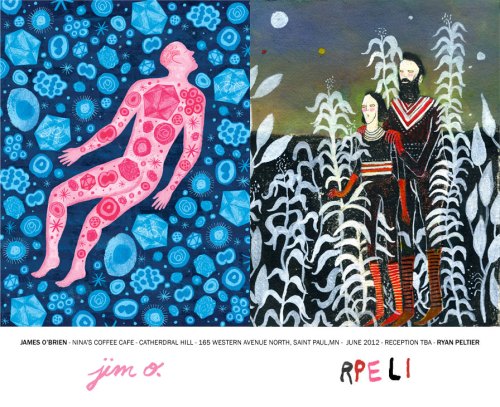 Our show at Nina’s Coffee Cafe, up through June.